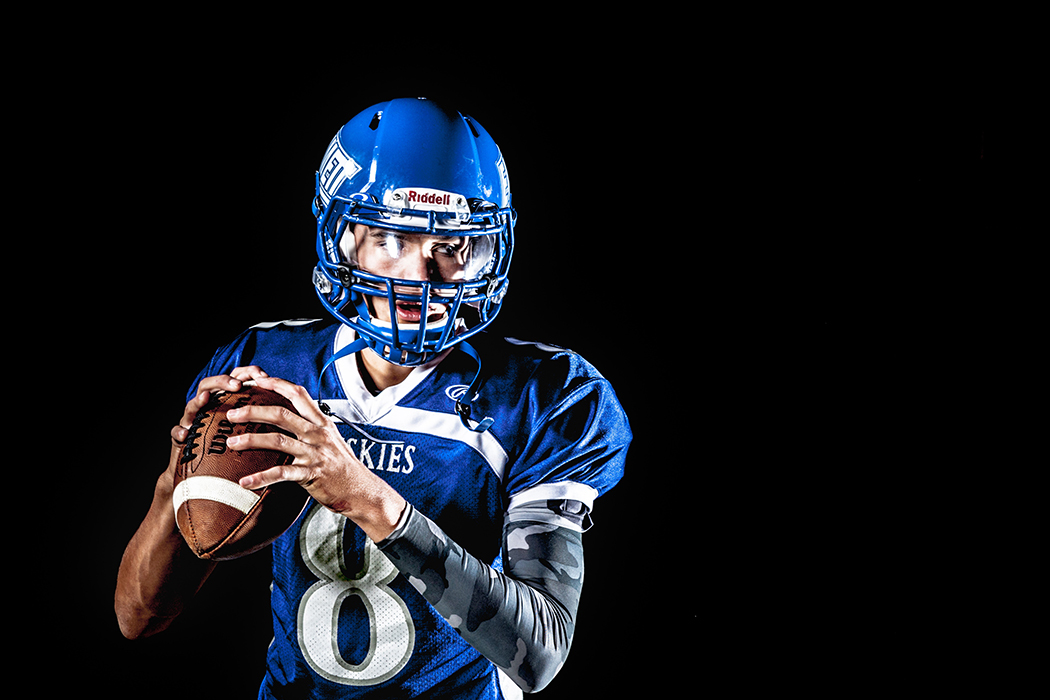 Posted at 08:00h in Mindset by Jake Thompson 0 Comments

This past Sunday, future Hall of Fame NFL quarterbacks Drew Brees and Ben Roethlisberger went down with injuries. Multiple other starters are battling injuries and out for a game or the season, including Cam Newton, Nick Foles, Sam Darnold, and Trevor Siemeon.

Every NFL team’s fate lies in the hands of their quarterback, the most important position in the sport. And now, multiple teams are scrambling to get their backup ready to play so the season isn’t lost in Week 2. Some of those backups will step in and shine, but others won’t. Why?

I went into my junior year of varsity football fully expecting to ride the bench. The senior ahead of me was talented and firmly cemented as the starter heading into the new season. I knew I’d get one series per game for experience and preparation in the rare instance I was needed.

I remember sitting outside of my locker on the Friday morning of our first game when our running backs coach and came over and took a seat next to me. Coach Gideon handed me a small devotional book and encouraged me to give it a read. Then, as he got up, he turned and said:

“You don’t have to stress about being ready to play if you’re always ready.”

I shrugged off the words, knowing that I wouldn’t be playing, but felt obligated to read the book. It talked about the importance of being ready and giving your best efforts, regardless of whether you were the starter, the back up, or the fifth-string. Winners don’t stress about having to get ready when an opportunity arrives because they are constantly training with the intention of playing.

They give 100% effort no matter where they are on the depth chart, knowing that if they do, they’ll be ready to seize the moment if they’re needed on the field.

Unbeknownst to me, my moment would arrive two weeks later in the third game when our starter went down with an injury.

Have you ever seen a deer in headlights?

I imagine that’s what I looked like to the opposing linebackers. As a predator would call it, I was fresh meat. We ended up winning a close game, but I made numerous mistakes, including throwing an interception and missing some wide open passes.

I wasn’t ready for the moment because I hadn’t expected to be in the moment. I’d let my position on the depth chart influence my preparation. If I’d wanted to excel when my moment came, I had to be relentlessly preparing as if the opportunity would be there any second. Fortunately, that one game taught me a lesson that I never forgot. Even though I went back to being the backup the next week, I was religious about preparing for every game. I studied film, practiced harder, and waited on the sideline, ready. If I was needed, I planned to grab the moment.

Later that season I was called on again, and led our team to one of the best playoff runs in school history. This was only after more weeks of playing the backup – but preparing like the starter.

Compare my lack of preparation with that of former Super Bowl MVP Nick Foles.

Multiple times during his NFL career, Foles went into the season as a backup, only to be thrust into the starting position when the starting quarterback was injured. In Week 14 of the 2017 season, Foles stepped in for an injured Carson Wentz and led the Philadelphia Eagles to its first Super Bowl title in team history, earning MVP honors in the game. The following season he led the team to multiple wins and the playoffs while again filling in for the injured Wentz.

Foles signed an $88-million contract in the off-season due to his play coming off of the bench. Even with a great team around him, he wouldn’t have won a Super Bowl MVP, multiple NFL games, or cashed in that massive contract unless he was constantly preparing to start while still a backup.

“There’s a certain sense of spontaneity a back-up quarterback must accept: You toil in the shadows until you’re suddenly asked to become a savior. You don’t know when it will come, if it will come.”

Your preparation and effort shouldn’t be influenced by where you are on the depth chart on your team, office organizational chart, or in life right now. If it is, how can you expect to be ready when an opportunity suddenly appears?

Leaders don’t stress about being ready for the moment when it arrives because they’ve been slowly putting in the work for that moment. They anticipate it. They welcome it. And most of all, they’re prepared to seize it because of what they’ve done long before it showed up.

A Competitor doesn’t allow their current position to influence their output. They always give their best, regardless of where they are.