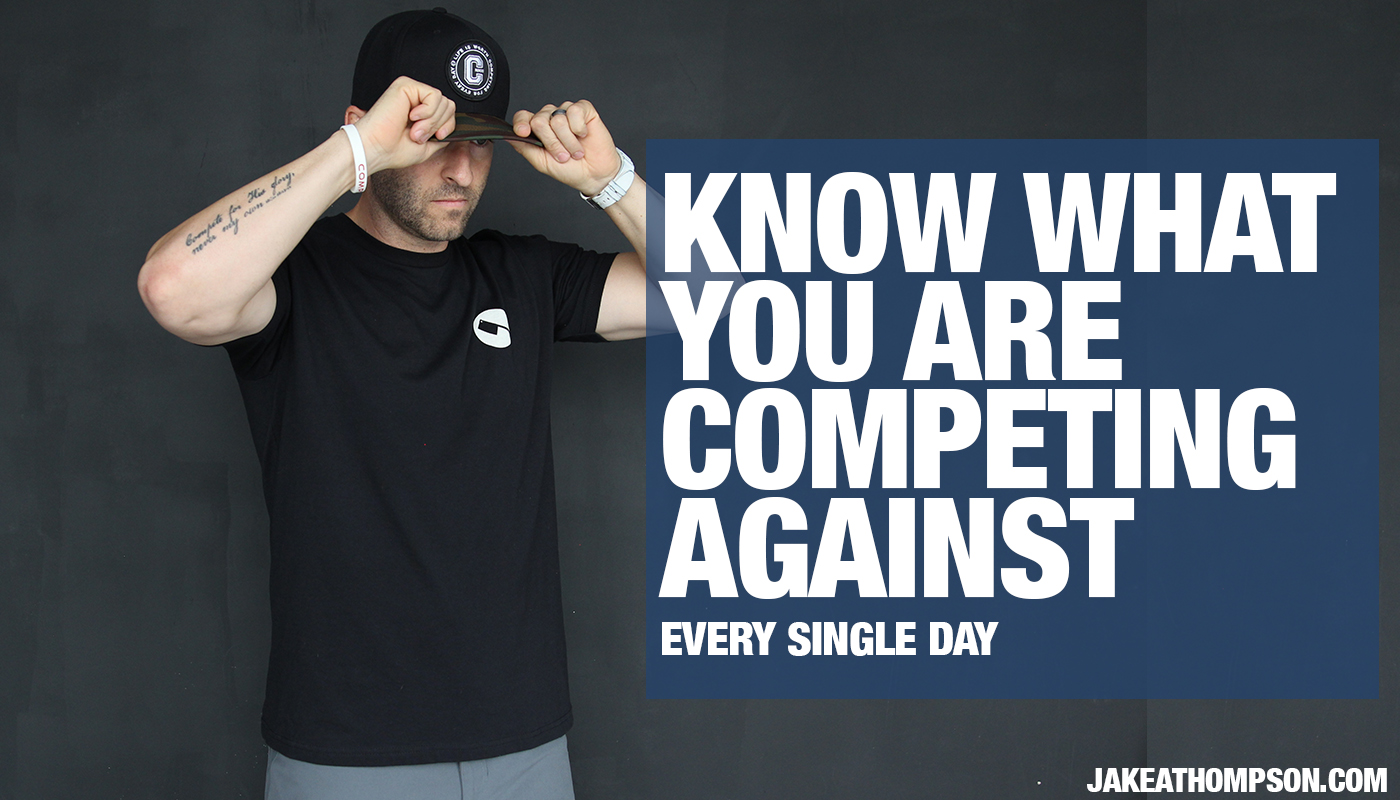 Do You Even Know You’re Already Competing Every Day?

“Compete every day? No, that’s not me. I don’t like to compete.”

Does that response sound like something you’d say? I used to hear it quite often at tradeshows with the Compete Every Day team. Visitors would be walking the expo floor, stop in the booth to shop the apparel and then see the brand name and give me that line.

They believed that if they didn’t join a fitness competition or play competitive sports that they, in fact, weren’t ever competing.

It’s not that they weren’t competing against something, it’s just that they didn’t realize they were. 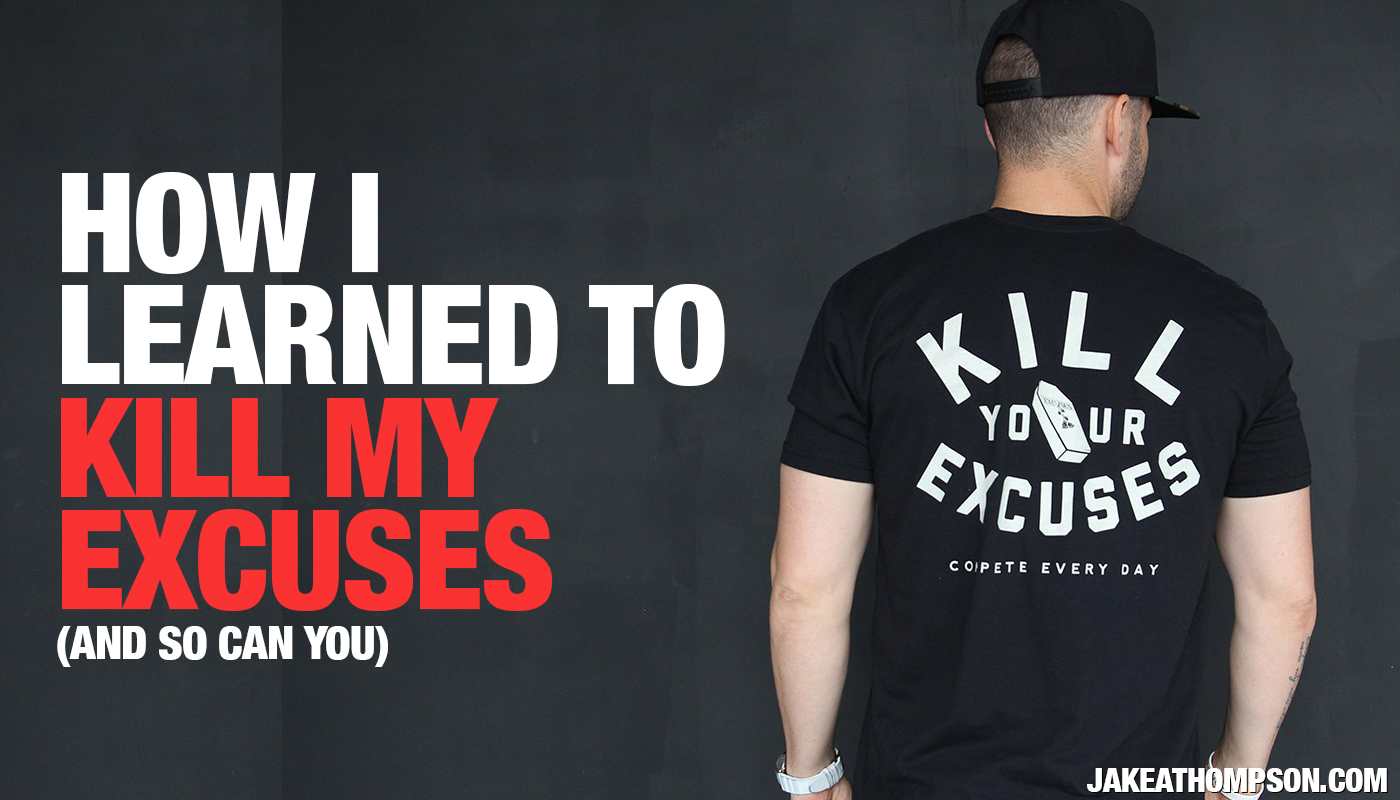 How I Killed My Excuses – And So Can You

“Excuses are lies we tell ourselves so that it doesn’t have to be our fault.” – Chris Creed

There are a million excuses that I can whip out of thin air instantaneously. We all can.

Because using excuses is easier than doing what we need to get done.

So how did I break up – and then kill – the excuses my inner critic was trying to create?

Here are the four actions I took to curb, and then bury, the excuses I caught myself going back to time and time again. 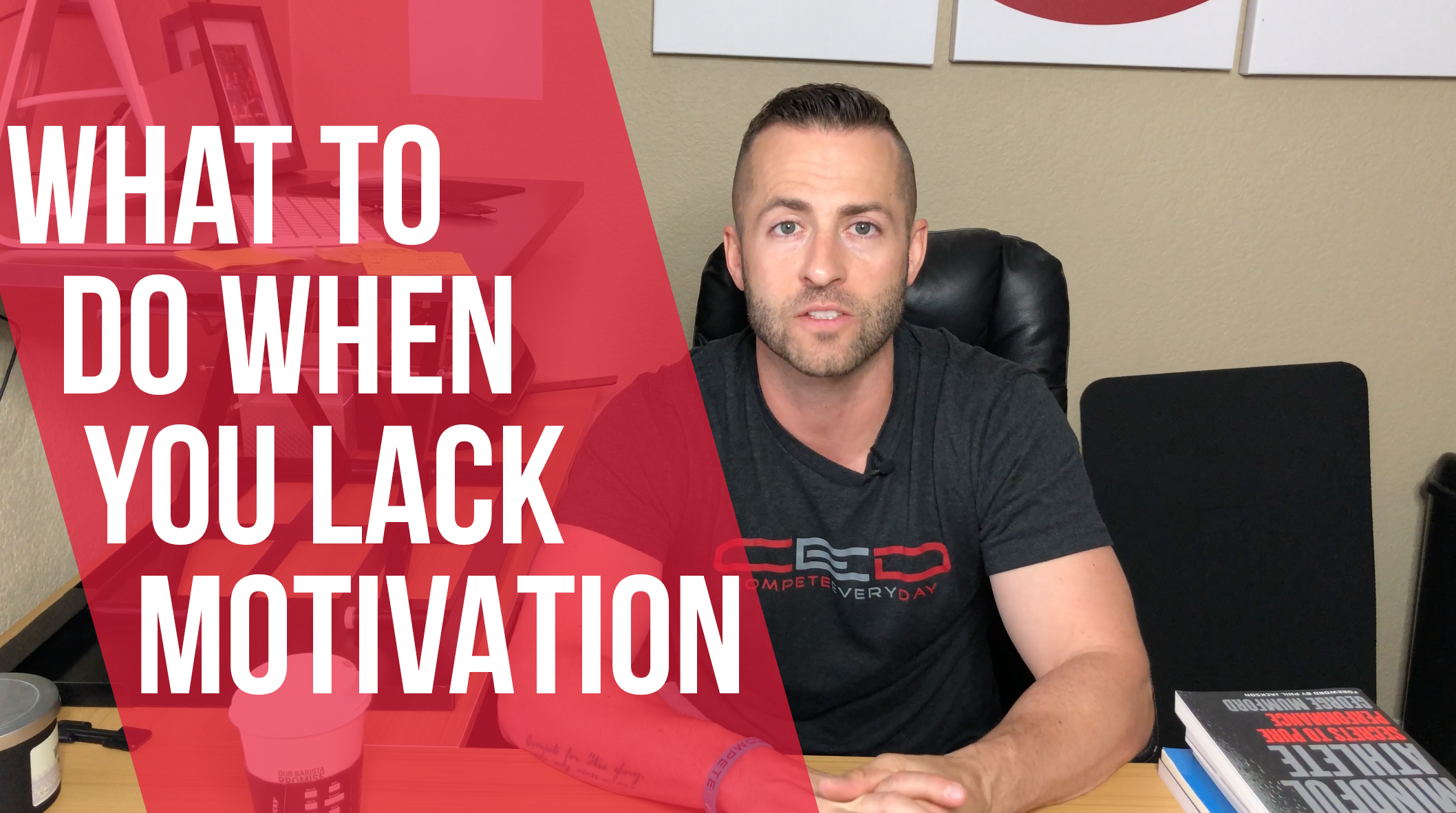 Finding Motivation When You’re In a Rut

A friend recently asked for help getting out of his rut. He’s been a competitive athlete the last decade and due to injuries and changes in his life, is no longer competing for sport. He’s losing motivation to go workout and looking for a spark.

What should he do?

I share my four tips for creating motivation for your workout / fitness routine when you’re short on it.

What’s one thing you do to create motivation to workout when you don’t have it? Share below in the comments! 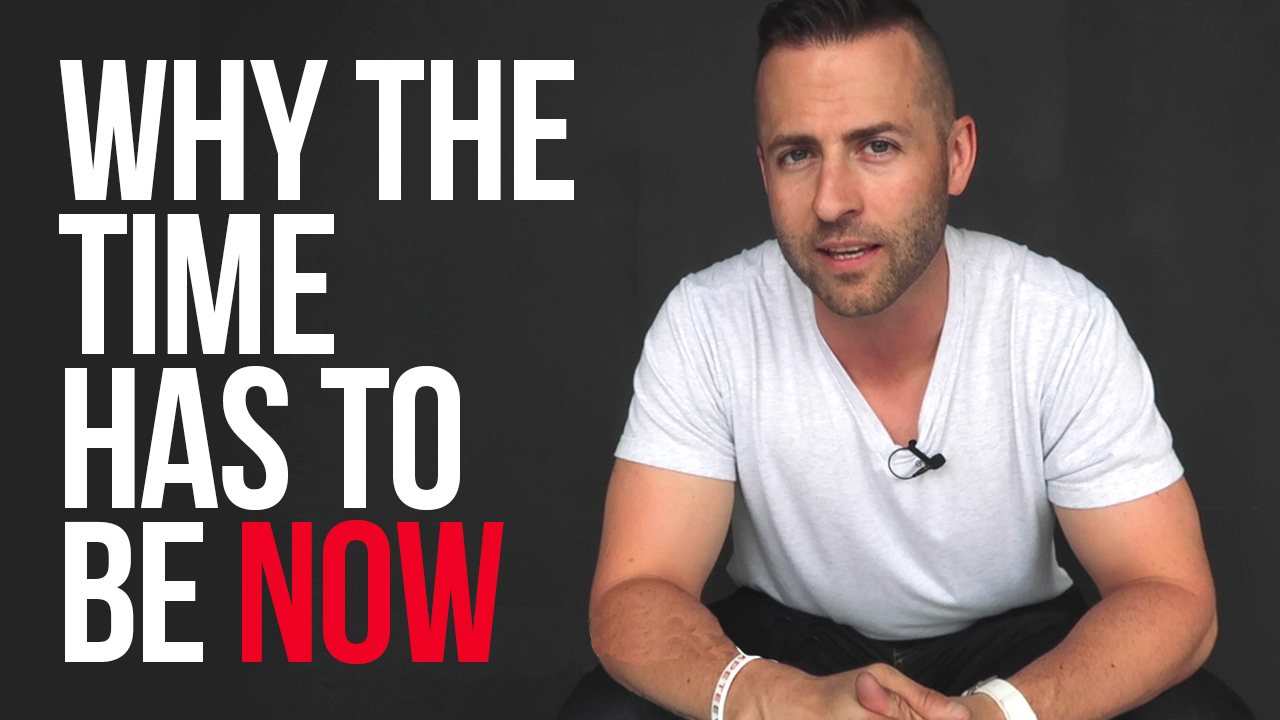 Why Now Is Better

I used to believe that if I didn’t start at an earlier (“better”) time, then there was no use starting now.

Because, I knew that if I had started when I originally said I was going to, I’d be so much farther down the road now.

My success would be greater than it is currently IF I’d just started then.

This soundtrack plays on repeat – and the scary thing is that it can keep me from starting now because I’m only thinking about “how great it would’ve been if I had started then.”

But stressing about when I *should* have originally started keeps me from doing what I need to do. END_OF_DOCUMENT_TOKEN_TO_BE_REPLACED 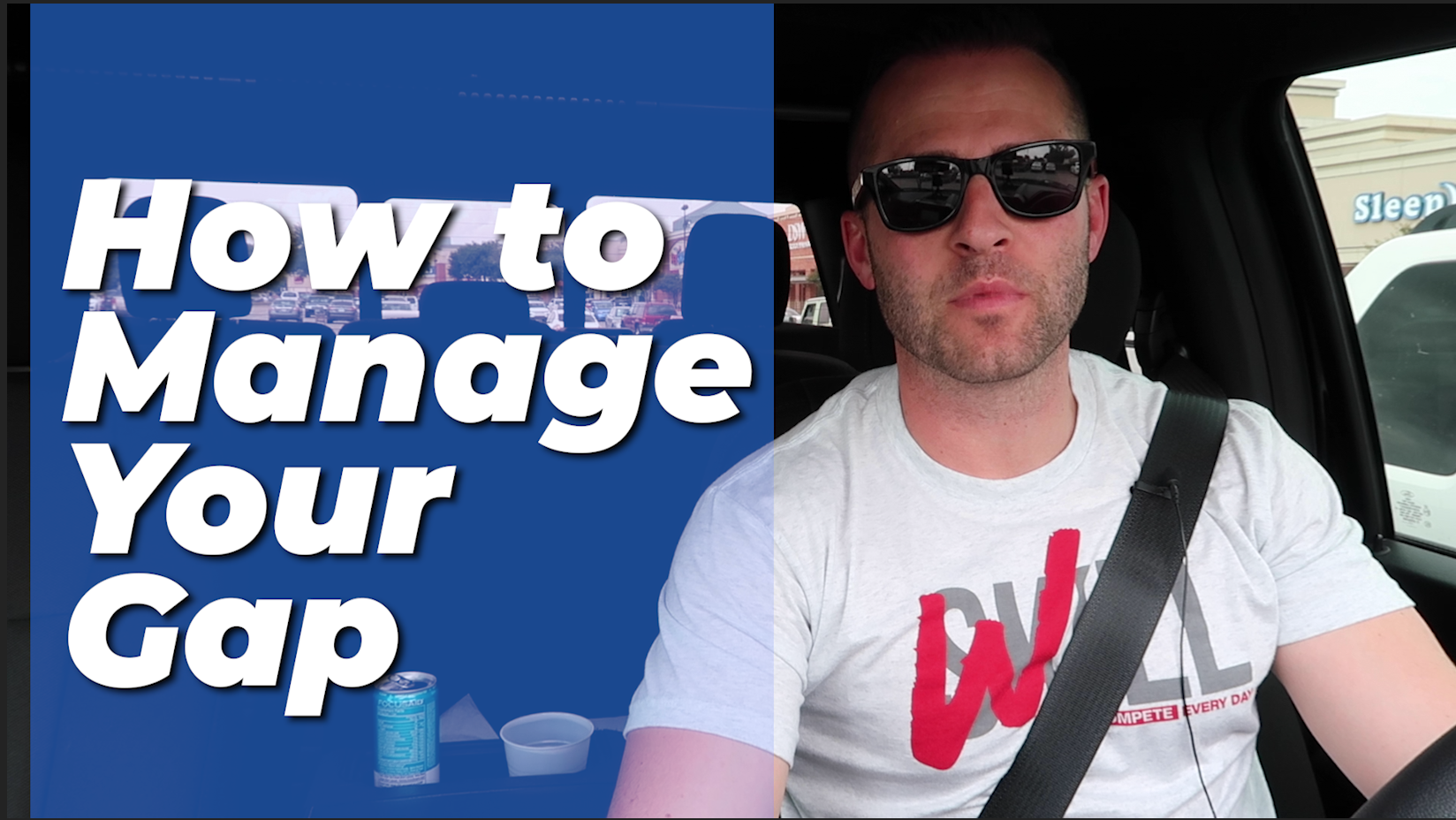 How to Manage Your Gap

I think a lot of people can relate to the idea of starting fresh and starting over.

The “getting ramped up and getting moving” sucks. For example, when I started my professional speaking career, I quickly grew frustrated because you are emailing, contacting and reaching out to people – and you’re not getting any responses. It’s like any sales job. You hear NO 10,000 times just to hear one YES!

You are constantly reaching out to others, just trying to get some momentum forward. You book a speech, and then you wait a  long while, and then you finally book another one, and then another one. It’s a slow build, and with today’s hyper “highlight reel” focus, especially in social media, you can’t help but see everyone else online “winning” while you’re slow getting out of the gates Like most industries, you’re connected with others in your space. You see them out there and (assume) they’re only just winning – and the whispers start to build in your head of the GAP – between where you are right now and where you think you should be.

But it just doesn’t work that way. END_OF_DOCUMENT_TOKEN_TO_BE_REPLACED

We’ve all had that moment. You know which one I’m referring to, right?

The one where we quit.

It’s that moment when we stopped pushing ourselves because it got really hard. Or it hurt. Or we didn’t think we could handle failure again. That moment. We’ve all got at least one of them.

We quit on a great relationship because it was harder than we “thought” relationships were supposed to be.

We threw away our manuscript because we thought our writing sucked.

We just stopped showing up to the gym because we don’t look like everyone else. END_OF_DOCUMENT_TOKEN_TO_BE_REPLACED 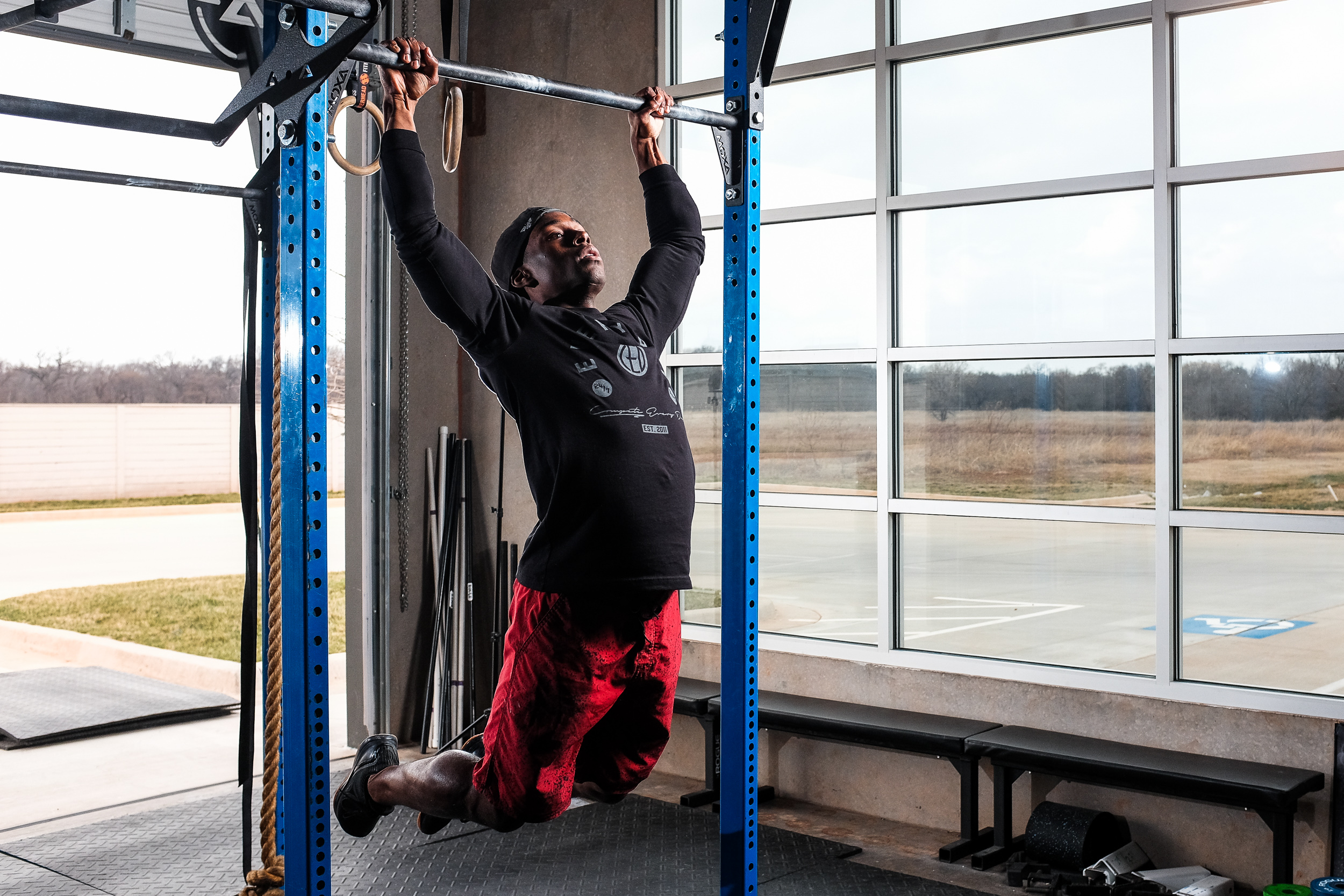 Until You Can Do What You Want

I tore my Achilles almost seven weeks ago during a men’s basketball league game. As anyone who has gone through this recovery process can attest, it has not been a fun seven weeks.

I’ve been actively doing physical therapy 2-3 days a week with the awesome team at PMST in Dallas, but have found mentally, it’s been even more of a recovery process. I’m used to working out 5-6 days per week, staying active throughout the day, and overall moving easily.

That’s quite a bit harder with your foot in a boot, unable to put pressure on it.

WORKING THROUGH IT (PART ONE)

I went back to the gym my third week after the injury (when I had the initial cast removed) to start limited upper-body workouts. I could bench press. I could hop over by the dumb bell rack and do shoulder press or flys. There was a handful of core movements and situps I can do. It was enough of a combination to give me a decent workout in the corner of the room while the rest of the class moves through the full body group workout.

And despite my laughter or joking with classmates and the sweat on my shirt from these limited movements, I was damn frustrated. I don’t like limitations. I don’t like being unable to workout with the rest of the class or do the same movements. I’m very limited to what I currently can do for previous six weeks and what I will be able to do for the upcoming six-to-eight weeks.

And as many of you who have dealt with injuries know, it sucks. END_OF_DOCUMENT_TOKEN_TO_BE_REPLACED 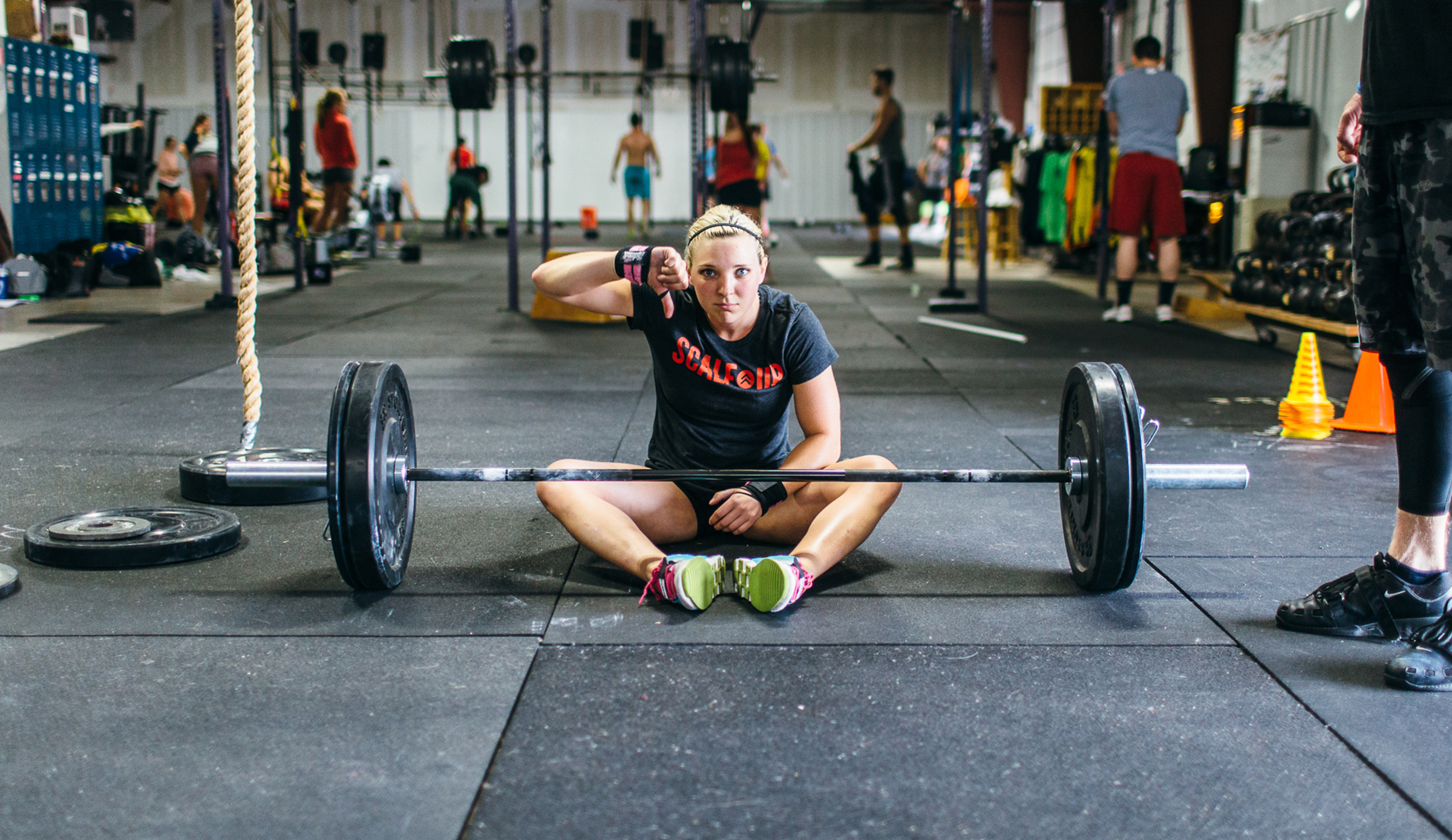 Be Willing to Face Plant

I know you have a goal you’re competing for – but are you willing to take a hard nose dive into the ground for it?

I saw the below two videos making rounds on Facebook this past month. Give them a quick watch and meet me below. END_OF_DOCUMENT_TOKEN_TO_BE_REPLACED 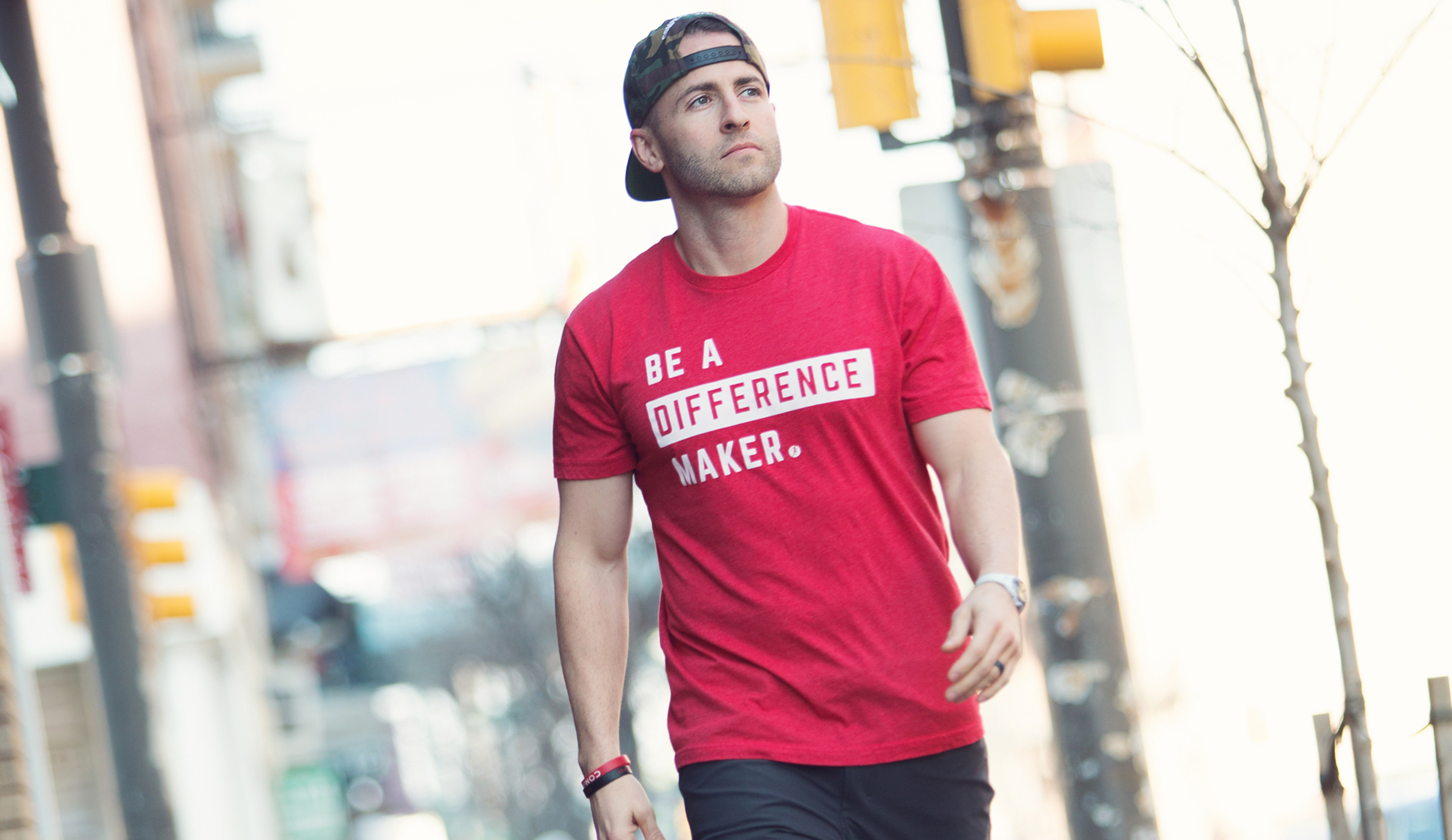 “The whole idea is to make progress and get better every day and try and stay in the moment. You do that whether you are in last place or trying to build up or whether you are in position for fighting for (playoff) seeding.” – Brad Stevens, Boston Celtics head coach

Do you ever feel exhausted when visualizing how much farther you have to go?

I remember that day, not too terribly long ago, when I opened my credit card statements and saw that between four cards, I had about $200 available credit. Every one of them were maxed out. How did this happen? I asked myself. And how the hell do I fix it?

I was fighting back tears, anxiety, and if I’m honest, overwhelming fear at what to do next. I had dug myself a hole trying to build a business and now was in a position that I felt would bury me. After a near panic attack, I took a few deep breaths and started to evaluate the situation.

I didn’t get into this situation in one day or with one purchase, so I won’t get out the same way. What can I do today to get into a better situation tomorrow than I am right now? END_OF_DOCUMENT_TOKEN_TO_BE_REPLACED 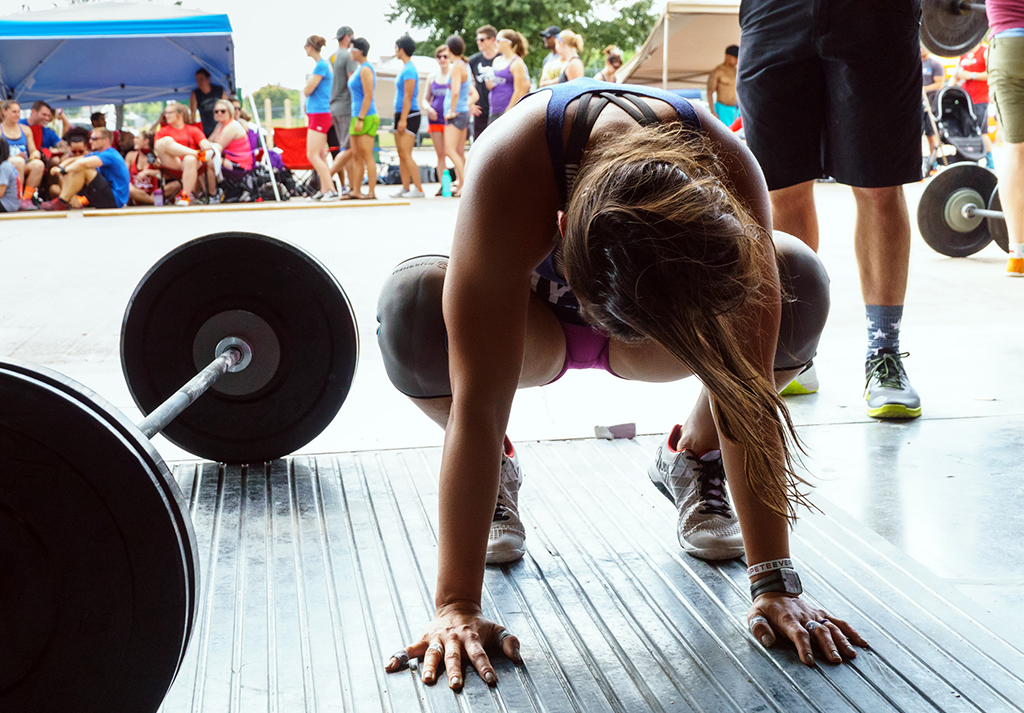 But Did You Do Your Best?

The 2017 CrossFit Games Open is officially over.

And for 99% of you, the season has ended. Out of 354,966 adults, (not including teen or masters divisions) athletes who registered up for the RX division of the Open, only 2,2100 advance to Regionals as an individual or team member. That’s 0.6% of the total population.

You actually had a better chance of playing in the NFL if you played college football (1.6%) than you did of making the CrossFit Regionals. And that’s not even making it to the Games.

That percentage drops if you add in the almost 85,000 community members who competed scaled this year.

The Open is an opportunity for everyone in the CrossFit community to test how far they’ve come in the last 12 months as an athlete. It’s a five-week opportunity to get out of your comfort zone, see how much stronger you’ve gotten than last year, and even pick up a personal record or two.

But many athletes have spent the last year envisioning themselves qualifying for Regionals, and today marks the cold reality that their vision won’t come to life. It’s a disappointing day of what they believe to be a failure. It’s tough to come up short in the field of competition, but I have to know one thing: END_OF_DOCUMENT_TOKEN_TO_BE_REPLACED