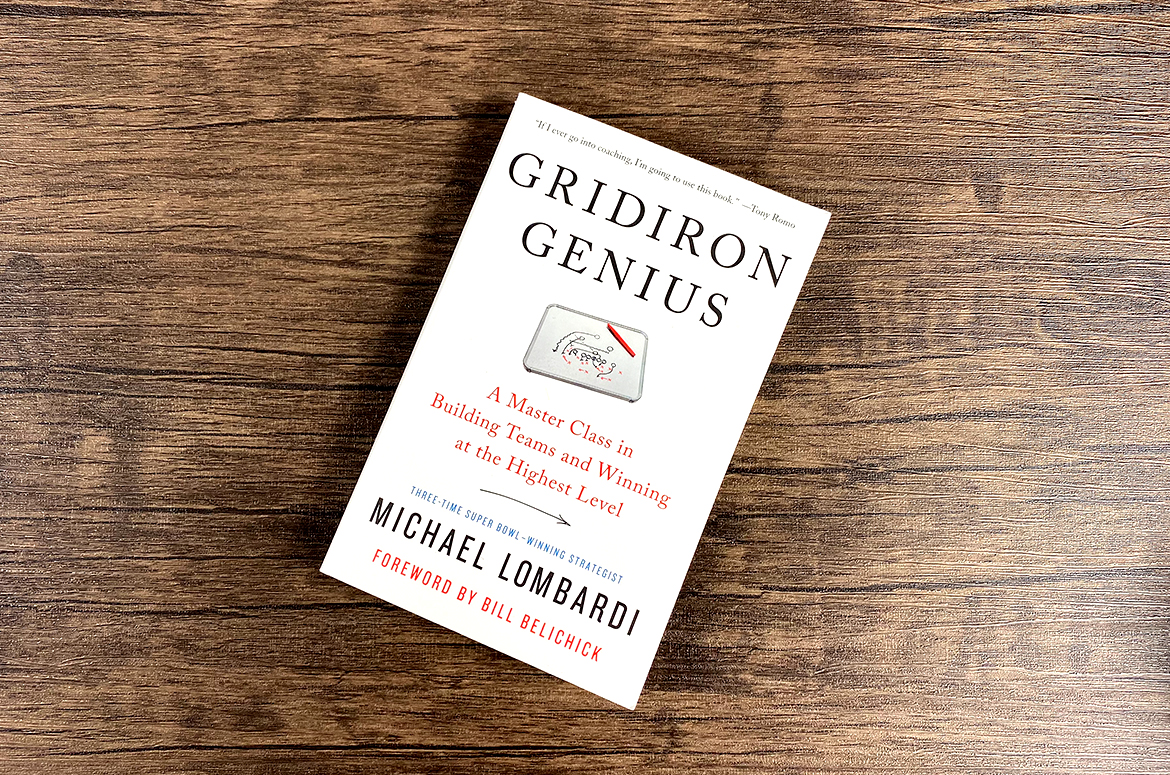 Posted at 10:20h in Sales by Jake Thompson 1 Comment

Football was always my first love and I’ll take the time to read any book that dives into the intricacies of the game. Former NFL general manager (and 3x Super Bowl champion) turned author Michael Lombardi takes us on a journey throughout his career to share what makes for a winning team at football highest levels.

Lombardi shares stories from Bill Walsh’s San Francisco 49ers to Al Davis’ Oakland Raiders to today’s New England Patriots’ dynasty. Fans of football will love the behind-the-curtain look at how teams are assembled and what actually matters when building the next great team.

But more surprising than what it takes to build a winning football team is what stood out to me about what can be learned from this book to build a winning sales team for your organization. Not content to sit on this insight, I wanted to share with you the key lessons you can glean from Gridiron Genius to inject in your company’s culture and sales team.

1. You Need a Gameplan to Win

Future Hall of Fame coach Bill Belicheck is notorious for gameplanning everything – even off of the field. He has a schedule planned (down to the minute!) for each day throughout the football season and even its imminent off-season. Belicheck wants everyone on the team and in the organization to know where they’re supposed to be and what they’re supposed to be focused on every day of the year. This allows him the ability to know what the focus is, where anyone is off course (if at all), and what adjustments need to be made.

Similarly, it helps if a sales director has a strong gameplan for his/her team.

The better you communicate your message, the easier your team can buy into it. A team that understands the goal, the gameplan, and the culture is a team that can commit to it. Any confusion on what a player’s expectations or role is can lead to mismanaged plays or mistakes. If a coach fails to clearly and cleanly communicate to his/her team, then their overall chances of success dwindle.

Lombardi describes the differences between two legendary coaches in Bill Parcells and Bill Belicheck. Parcells used simple metaphors to drive home short, quick messages to his players. Belicheck, on the other hand, prefers to use video and bluntness to show his players what happens when they fail to follow the plan. Both coaches are Hall of Famers – but both use different communication styles to clearly articulate the message in a way their players can quickly absorb it.

If you can’t clearly communicate what you’re selling, why it matters, and what a customer’s world would like with/without it, then you’re losing out on key (if not all) sales opportunities.

Even more important is the fact that research continues to prove that stories – not facts – are remembered more often. It’s vital in sales to paint a story picture for customers instead of just vomiting statistics on them. A successful salesperson will command their message and clearly communicate their story in a way that the customer quickly understands it – just like a football coach teaching a gameplan to his team.

The less you think, the faster you play. In sports, the more a player is thinking about what they have to do, the slower that player can react and play their position. Once a player fully understands their role and action on each play, the faster they can play because their movements become second nature reaction – instead of something they have to think through before moving. Hesitation – even 1 second – in a game like football can be the difference between a tackle for a loss and a touchdown. When a player can play loose and simply react by memory, the better they can play.

We can easily overcomplicate our sales process. We can jam jargon and sales scripts down our employee’s throats instead of teaching them a simple process and playbook they can follow. Key examples of simplifying execution would be:

Quarterback evaluation is one of the most difficult scouting jobs in football. One trait that continues to stand out in determining a player’s long-term potential for success is that player’s work ethic. Lombardi highlights seven traits he looks for in every quarterback prospect to increase his chances of drafting a winning player, with work ethic being high on the list.

You can train a lot of skills in a new hire, but one that’s difficult (and for many hires, impossible) is ambition and work ethic. You can teach sales scripts, you can build confidence by repetition and training, but it’s hard to train work ethic. It should be one of the biggest keys when looking at new hires for your organization – because most everything else is trainable.

5. Your Best Sales Person Still Has to Be Accountable

The best person on your football team still has to be as accountable to the culture and team rules as the practice squad player in order to build a thriving culture and winning team. Your star can’t cut corners, quit on plays, or skip meetings.

The same applies to our corporate offices.

In many offices, it’s easy to escape a culture of accountability when you’re the best salesperson. You can play by a different set of rules on commitment and consequences because you bring in revenue – but in a winning organization, everyone (from top of the org chart on down) are held to the same standard. I shared earlier this year here what you need in order to create a culture of accountability in your organization but know that to elevate your game, everyone needs to be on the same page and committed to the same culture.

Even your best player.

I highly recommend Lombardi’s book if you’re a fan of football or active coaching a sport, as it lays out key insights into building a winning team, and more importantly, off-field lessons you can use in building your organization to excel.