Success In Life Mainly Comes Down to This 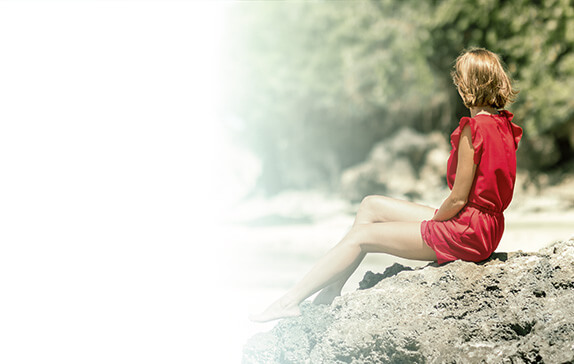 21 Jan Success In Life Mainly Comes Down to This

Posted at 08:30h in Greatness by Jake Thompson 1 Comment

Every blog article & social media post you see in regards to success all claim to have the “one magic formula” to transform you from tired goal-setter to successful goal-crusher. Each one subscribes to a different methodology. It’s quite easy to read through article after article, and yet walk away still thoroughly confused on what will get you from point A (the “now”) to point B (“victory).

We each come from a different background and set of circumstances, and almost all of us have a different goal. Many of you are focused on your sports’ goals. You want to lift “x” amount of weight. Reach “x” level of competition. And win at your sport’s highest level. Others are wanting to start their first business, or perhaps they already have, and are stuck in the midst of the early stages, continually beating their head against the wall in attempt to find the “magic” idea that will change everything overnight. And yet others have set personal health or financial goals, are can’t seem to wrap their mind around why they have yet to hit the same win’s as those “friends” they follow on Facebook.

Regardless of your goal, you are not alone in feeling stuck. We see success all over social media, and in turn begin to compare our “behind the scenes mess with their Sportscenter social media highlight reel.” (credits: Steven Furtick). We become frustrated. Isn’t there one thing I can do to finally get over this “hump” and hit my own journey’s tipping point?

There is one thing you can do, every single day, in order to get that magical tipping point.

Be honest, you thought I was about to tell you to Compete. There is that too, but hang with me. For this, you will need a pickaxe.

I’m a firm believer that in order for one to succeed, they need to take on the mindset of a 1800s forty-niner, the original gold digger. These individuals raided California and neighboring areas in search of gold, fame & fortune. Very, very few found it instantly. The majority spent days, weeks, & years, with axe in hand, chipping away and sorting through dirt to find that one piece of gold that would forever change their lives. Some might swing away every single day for a week, hours upon hours, and find nothing. The work was tiresome, the hours long, the payoff was unknown.

“Perseverance is a great element of success. If you only knock long enough and loud enough at the gate, you are sure to wake up somebody.” – Henry Wadsworth Longfellow

Yet still, the niners swung on. They believed that their goal would reach them if they swung enough times. Occasionally they might move locations, but they would still continue to swing, sun up to sun down, sometimes longer.

In order to succeed in your goals, your health, your business, & your life, you have to be prepared to carry your pickaxe every single day.

“Success is the sum of small efforts, repeated day in and day out.” – Robert Collier

Success is simply a matter of continuing to swing when others have let go. I started Compete Every Day in May 2011 out of the back of my car with nothing more than an idea and two boxes of shirts. We sold barely anything from May-December, and it wasn’t even enough gross sales (much less net) to cover some of the restock. I was frustrated. Yet, I was committed to competing until I got it right. Over the next three years, I continued to swing my pickaxe. Others joined our team with axe in hand, prepared to swing away and persist until we won. It wasn’t overnight. It sure wasn’t after the first or second year, but we made progress.

And we continued to swing our axes.

Tonight, as I sit in this airport, reflecting back on the past three and a half years, I can’t help but shake my head at how things have changed. Few things have gone according to plan. Our growth wasn’t as quickly as I anticipated – but we’ve grown in ways I never thought imaginable when I first started. There were numerous times along my journey that I thought about packing it in. Those thoughts never lasted more than a few seconds because I knew what it meant to Compete Every Day – and I’d be damned if I would make a lie of the message I so proudly proclaimed. So I pressed on, half the time not knowing what to do or how to achieve my goal, but knowing that I must move forward. Somehow, someway.

“Let me tell you the secret that has led to my goal. My strength lies solely in my tenacity.” – Louis Pasteur

The same holds true to you. The majority of individuals reach their goals and success because of their ability to hold on and keep going when others quit. The overnight, Silicon Valley sensations are less than 1%. They, like the lottery winners, come on quickly and disappear just as quickly. The individuals who fought, tooth and nail, year after year, on their ascent to the mountain top hold a spirit that others admire and envy. It is that individual – because of their rugged persistence – who inspires others with their actions because they never quit. Even when all seemed lost, they found a way to move forward.

“If your determination is fixed, I do not counsel you to despair. Few things are impossible to diligence and skill. Great works are performed not by strength, but perseverance.” – Samuel Johnson

It’s that simple. It may not be the sexiest answer or the one that will get you on the front page of every paper, today. But one year, five years, hell, ten years down the road, you will reach that goal. You will win because you chose to compete every day.

So grab your pickaxe & get to swinging.